Hot on the heels of the Bonfield Review the Government published its response to the ECO Transition Consultation on the 30th January 2017.

We believe this is a very positive result for the energy efficiency sector. Whilst not all outcomes were implemented, many of the lobbying objectives put forward by stakeholders were achieved.

The headlines of the new scheme are:

2.Increase the length of the obligation from 12 months to 18 months – achieved.

3.Increase the size of the overall target by providing evidence that BEIS assumed costs of delivery were too high and assumed 3rd party contributions too low – achieved.

4.Demonstrate that Solid Wall Insulation can be delivered cost effectively so that it was included as a qualifying measure – achieved.

5.Secure a SWI minima and increase in the size of the 17,000 per year SWI minima that BEIS proposed in its consultation – achieved.

6.Increase the number of Qualifying Affordable Warmth Households and provide some flexibility to treat fuel poor households who do not meet the qualifying criteria – achieved.

8.Extend the lead in time for installers to comply fully with the new PAS2030 past 1st April 2017 – achieved.

9.Adjust the deemed scores to reflect the fact that carbon will be carried over at inflated scores from the current ECO – achieved.

The outcome of the consultation will have a major impact on helping:

Over 4 million UK households estimated to be living in fuel poverty, unable to afford to live in a warm, dry home. Fuel poverty is causing misery, ill health and premature death in households across the UK.

High energy prices, dwindling household incomes and abysmally low standards of domestic energy efficiency all contribute to the cold homes crisis. Right now, people are facing difficult choices about whether to heat their homes and forgo another household necessity such as food, or spending what they need to keep warm and avoid falling into debt.

The key to tackling this problem is improving the energy efficiency of our housing that sees our poorest households spending £1 billion more a year on energy compared to non-fuel poor households.  We also need to improve the quality of access to energy advice and services and ensure that all households are able to engage in the competitive energy market.

The UK’s leading fuel poverty charity National Energy Action (NEA) estimates that in the next 15 years the cumulative effect of living in cold homes will result in £950m of fuel debt which will not be spent in local economies and £22 billion spent by the NHS in treating cold-related conditions.

The implantation of this consultation from April 2017 will be a major step forward in combatting the effects of fuel poverty.

We will be in attendance at the National Insulation Associations members briefing on the new ECO in March 2017.

The full BEIS response to the Energy Company Obligation (ECO): Help to Heat Consultation can be found here https://www.gov.uk/government/consultations/energy-company-obligation-eco-help-to-heat 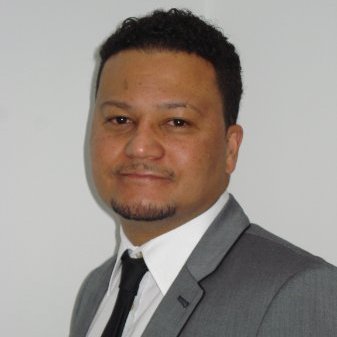 Helping you achieve a new green lifestyle and start saving you money.

To help you purchase your insulation, solar panels or new boiler – we have flexible finance options available. Quick and Easy to apply for, with attractive offers including: APR’s from 4.99%, Buy Now Pay Later, 0% Interest Finance, No Hidden Charges.